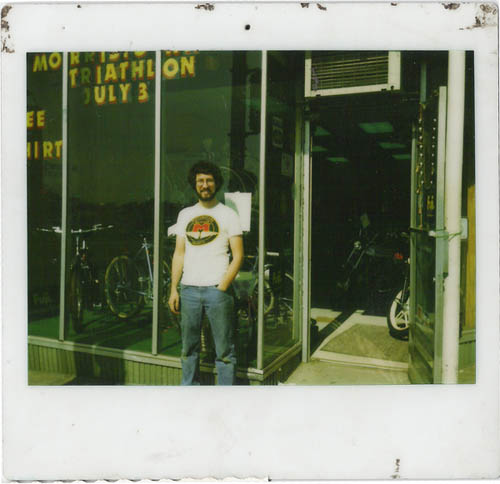 Marty in front of his original Speedwell Ave.
at the corner of Spring St. - Probably around 1982.

Yes, there really is a Marty. Since 1978, Marty's Reliable Cycle has been a community institution. Does that mean that after all these years, Marty should be put in some sort of institution? Some say maybe so; the discussion continues. The following is our illustrious history:

Before Marty's Reliable Cycle, there was Reliable Cycle.  The early beginnings of Reliable Cycle are somewhat vague. This is all that is known. The first location in Morristown was at 116 Speedwell Ave. which is now a Mexican restaurant. The first owner of Reliable Cycle was Nate Popick. Nate originally owned Reliable Cycle in Newark, NJ. He also owned a bungalo colony in Mt. Freedom, NJ, up Sussex Turnpike, just west of Morristown. Mt. Freedom was a destination vacation area for much of the NY/NJ area which boomed in the 1940's or earlier through the 1960's. Many large hotels and other vacation sites such as Popick's Bungalo Colony were in Mt. Freedom. Mt. Freedom was only eclipsed by the growth of the Catskill Mountain resort areas. There are remains of such sites as now reported by unsuspecting people exploring the area in Weird NJ magazine. It is fast becoming lost knowledge.

Anyway, back to Marty's history. So, Nate Popick moved Reliable Cycle to Morristown. There were three owners of Reliable Cycle: Nate Popick, Tom Kerns of Mendham who owned the store during the 1960's and 1970's and John Christopolis.

Marty bought the store in 1978 from John who also co-owner Caldwell Cycle which is now defunct. Marty added his name to the store to show a transition in the business but kept the Reliable part to show some business continuity to established customers. The business flourished in the late 70's and early 80's.

In 1984, Marty had long outgrown his original location at the intersection of Speedwell and Spring Steet. He had his eye on the current location at the intersection of Speedwell and Sussex Ave. which was Morristown Hardware at that time. He had, over the years, pestered the property owners about its availability. The owners were the Wenarsky brothers, Nat and Benny, who owned Wenarsky's junkyard (aka recycling center). The Wenarsky brothers happened to be second cousins by way of Marty's father.

Well, one day Marty went for his occassional pestering trip to the Wenarsky's and ask once again if they would sell. Low and behold, they were going to list the property that day-it must have just slipped their minds about Marty. He bought it right then and there. A handshake was as good as anything among family and honest businessmen.

Business grew at the new location as mountain bike popularity and the Marty's reputation grew. Marty expanded the site to include the back building as well as the front building. In 1994, a complete renovation was done on the rear building after years of sweat equity took its toll on many emplyees. One of the more notable (we use this term loosely) was a service manager named Joe Dube. Joe established a frame building and repair business at the store. There are many tales to be told here.

Marty's 2 in Succusunna on Rt 10 was opened in 1995. It doubled in size in the late 90s and then moved down the road a little ways to a brand new building in Randolph in 2005. 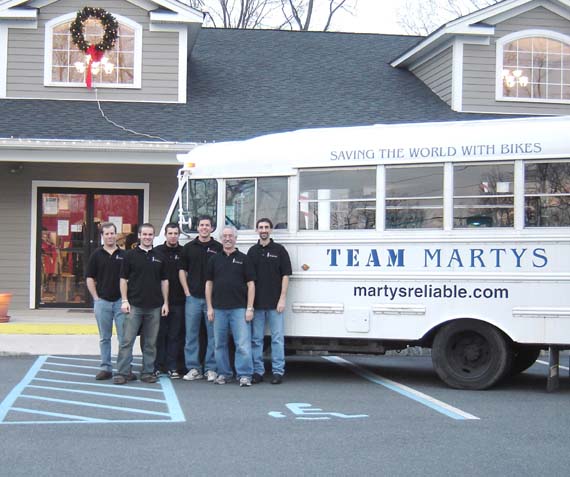 In November 2006, Marty opened his third location in Hackettstown.

Well, that is more or less our history. Interesting to us, maybe to you. We will be glad to elaborate on any and many war stories of the bike business. Through it all, we have strived to create a better cycling culture. 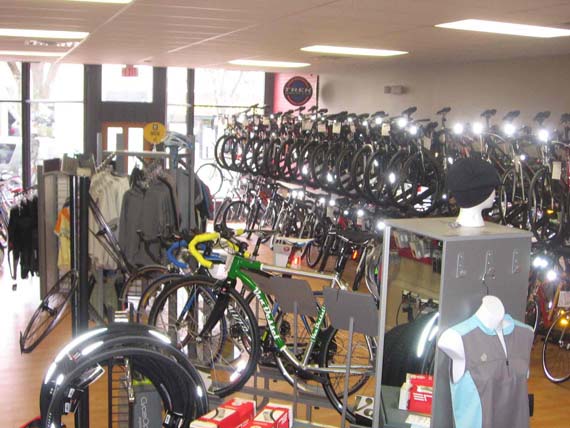 Yes, there really is a Marty!